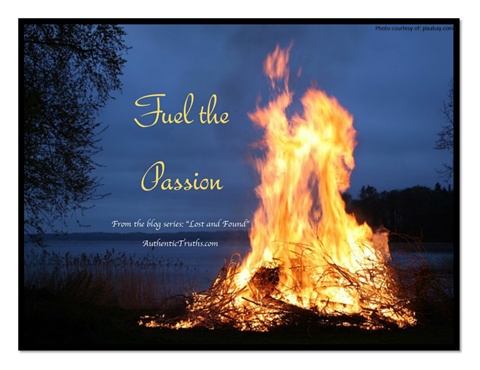 When was the last time you heard a bold, impactful and life changing speech? Can you remember? Do you remember if you were somehow influenced by those powerful words? If so, can you close your eyes and see the passion that came as a result, can you see yourself motivated and moving in new ways?

The year was 1997. Wow, almost 20 years ago! God met me where I was, which at the time was an assistant at a dental practice. He used a charming young lady as the conduit, and He gained the victory as another soul chose Christ! I remember those early days well. I remember a certain feeling of acceptance, something I never knew in my entire life. I recall the tears, the release of all that I was once, and the joy of the new. I was new. And with that new me, came a ferocious passion to serve the Lord.

I became a writer of change, of freedom, hope, joy, love. I became a teacher to children, and co-leader of adult classes. I was on fire for Jesus! A fire that burned brighter, higher and hotter than anything I’d ever experienced.

But, somehow, along the way, the fire began to subside, the flames once miles high, slowly retreated.

The day to day obligations took over, and while I longed for a reignited passion, it became lost in the life I was living.  Little by little, the lack of passion went unnoticed, and within a few years, when passion no longer became my priority, another new ‘me’ emerged. She wasn’t adorned with fire and thrill. Nope.

I remained committed to Christ, through my best and darkest days. But that commitment was in another routine I called ‘church’.

Gone were the days of stepping out in faith, and that once ferocious passion to serve the Lord.  I was ‘content’ in just showing up. The problem with this kind of content is the affect it has internally feels like a death of sorts. An internal death of that intensity, devotion and zeal I once had to share the good news!

What happened to me? Where did I go?

Life happened to me.

I became lost in the art of growing up, raising a family, and continuing to build a marriage. I experienced heartache, trials, failures and frustrations. As a new Christian, I misled myself to believe that these things were behind me. I was a ‘new creation’ after all. I tried to stay positive, and focused on the good news, but when my bad news overwhelmed my mind and troubled my heart, I lost my grasp. As the years fly by, my passion flew with them. Until 2014.

And that brings us to today. This last year has been remarkable, even though it wasn’t perfect. I’ve matured in my faith. I know that my time on earth isn’t going to be a time of perfection, and with that knowledge, I have a renewed energy. I look around at a very lost world. I thought I was lost, and I was beginning to lose track of my purpose. For over half my life, I thought my purpose was easily defined by everything around me.

What joy I stand in today, as I’ve realized my purpose has absolutely nothing to do with what is going on around me, but everything to do with who is residing within me. As I challenge myself to move forward in the undressing of content, and put on the rekindled fire of passion, I fall deeper in love with Christ than I ever thought possible. He is filling me with desire and a longing that can’t be overcome by worldly obligation, trials, or pain.

Jesus came so that I might live, and through his blood being shed and by his resurrection, he won the victory over death, eternally and internally. I’m alive because He lives!

**(please leave your thoughts, comments, and prayer requests below. You can also use the contact page!  Thank you for stopping by- Lisa)

Their Addiction~My Journey: Detach with Love

The best question I read was, “Where do I end and the other person begins?”

For some, the safe love is for their own heart and wellness- because the stress of their loved one’s addiction has caused true illness- heart disease, high blood pressure, mental illness due to-anxiety, drastic mood shifts, and mental sickness from the occasional life saved from overdose, right there in your living room or bathroom.

Their Addiction ~ My Journey-“Traveling Faces”

The waves are coming in heavier and higher than where I spent the weekend. It reminds me of the waves of raw emotions and circumstances that invade my life. There’s either a gentle breeze or a severe storm. Whichever one arrives, I’ve learned to brace for impact.

Grace of the Sun
FOR THE LOVE OF GOD

This is a Ministry of Oasis Bible Ministry, a Fundamental Full-Gospel Bible Teaching Ministry

Passing God's word onto the next generation.

"I have enough time to rest, but I don't have a minute to waste". Come and catch me with your wise words and we will have some fun with our words of wisdom.

☽ wo moon circle ☾
My Life in Our Father's World