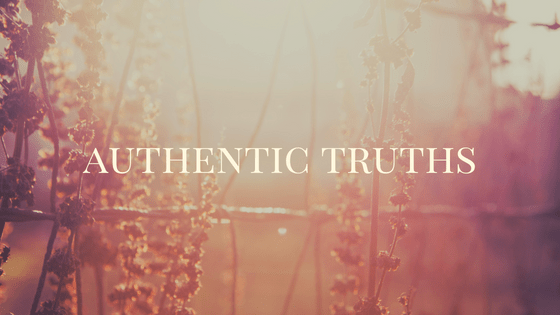 A young preacher hit a nerve this week. He was confident that his approach and language in delivering a Facebook video was not only appropriate, but also was

I wondered if I was judgmental in my feedback.  If you are going to share on Facebook, expect that to be an open invite for discussion- positive and negative. I spent yesterday pondering the subject, watching him post multiple times addressing the issue with words such as:

..in addition to other statements that I do not agree with. As is common on these type of comment feeds, if you disagree, then ‘you just don’t want to hear the truth’. Since I was the first to disagree, I assume most of the ranting he followed up with, was aimed at me. I seemed to have riled him up. Though I said what I said in love and respectfully, he reacted negatively.

In my time of asking God about the situation, I had a peaceful heart and mind. I kept returning to one question, am I being judgmental? I never consider my ways or thoughts better or bigger than another does, even when they are much younger than I am. There was something in the language used in his sharing a very relevant and needed message that did not sit well with me.

I was wrestling with preaching style, and wondering if the generational differences are affecting the way young preachers share a message. Which to me comes off disrespectful at times, sometimes way off base in language. The approach causes offense, and creates tension and discontent (and not the sort of tension that moves us and comes from Christ).

I thought again, “Am I judging Lord? Is this worldly language in sharing a Godly message really what you desire for us?” By the end of the night, God approved of my discernment and helped me see why it was so heavy on my heart- the fact that I was judging, not my opinion on the topic.

James 3:17-18
But the wisdom that comes from heaven is first of all pure; then peace-loving, considerate, submissive, full of mercy and good fruit, impartial and sincere. Peacemakers who sow in peace reap a harvest of righteousness.

There are many ways to get a message out. Many preachers successfully share truth with us in a calm and settling way. Others jump up and down, scream, and get up in our face about the truth. It was never the approach I questioned (this man gets passionate and loud at times.); it was the language he used to do it. One word actually.

For some reason, in trying to, once again, tell females what they are doing wrong in relationships, he chose to use their female anatomy in his message. According to him, ‘he isn’t afraid to say things that others are ‘afraid’ to say. It may come across as boasting, but I can relate, as I write on subjects I strongly feel many in the church are afraid to broach.

He continued by stating if those of us who are sharing Jesus with this world have not been attacked by what we preach, he questions our ‘authenticity’. He also made remarks, which I interpreted to mean, if we do not deliver our own messages in the same way he does, then we are doing something wrong. As if a calm, measured, and precise message regarding Jesus Christ and righteous living would never be as impactful and honest. His messages often come just to the edge of vulgar, again, not in content, but in language. If preacher wants to teach a sex education course on relationship building, or soul ties, by all means, do so, but stay away from the graphic wording, it is not necessary!

There are other ways to get this Kingdom work done than one personal way. Does he have more followers on Facebook? Yes. Does he make videos and travel to do the preaching he does online? Yes. Does this make him ‘more’ or ‘better’ in some way? No. Oddly, I do not believe he thinks he is better in any way. He often shares his life with others, and like the rest of us, he has stuff, too.

At the end of the day there was only one conclusion- this young man is not yet mature enough to understand he is wrong. I am not being judgmental; in fact, I was standing up for righteousness, and frankly the many other women who came down on him for the language used. There is a difference in being uncomfortable with a message God uses to speak to your heart, and a message that never reaches your heart because the language is to uncomfortable.

But the wisdom that comes from heaven is first of all pure.

Jesus never referenced the female genitalia when delivering his messages to a crowd. The womb is about the closest He came to any reference I can think of. Unfortunately, as my young preacher friend often says, you cannot feed solid food to those who can only handle baby milk. On this particular subject, young man, you are still taking down that baby milk. We all grow as the Lord leads.

Join me on this journey!

In all the mothering I did, speaking encouragement into the broken lives of my children, and lifting up unceasing prayer, I found peace in the truth of letting go. It does not only apply to addicted kids, it applies to all kids.

Bipolar Living- “The Truth We’ve Not Been Told”

I know the doubt, fear, and frustration in managing the symptoms of bipolar. If I prayed long and hard enough, I thought I would be healed, cured, and labeled a miracle. So far, that has not happened. I am still balancing bipolar, but with a new understanding of my mind.

Day five of our trip to Tennessee..(Mississippi, Alabama, and Georgia, too)
I've taken a break to give things to God for a bit. After three years, vacation with hubby it is. ALONE.
Me and granddaughter, Presleigh, on the phone this morning..

I Am My Own Island

Where the heart, mind, and pen connect

PAUSE
Pick Me Up Poetry

Once Confined to Darkness "NOW" Walking In Faith!

Saved by grace through faith!